For SMA connectors, the terminology needs to be clarified first. We often encounter minor confusions in the specification, so we decided to write an article about it. SMA connectors are either cable or PCB and come in various variants. For PCB edge, angular, elongated, reverse etc. Now we will try to clarify these small differences with the help of pictures and at the same time add information about applications.

There are also various SMD variants, but due to the strength of these connectors we do not recommend it very much, unless it is a u.Fl connector, which is further led through the so-called pigtail to the wall of the box and which we wrote about in this article: https://www.minyx.cz/cs/novinky/55-mup

For other specifications, the connectors are divided into male and female. And for four basic types. Where not only the SMA connector itself plays a role, but also the polarity of the center pin. When there are also so-called Reverse Polarities of the SMA connector (SMA-RP). Therefore, there can be a simple exchange of a male for a female.

Standard SMA male are used, for example, for GSM, LTE or radio frequencies 868MHz and 433MHz and for GNSS applications (external antennas of position systems), etc. Reverse SMAs are used, for example, in WIFI antennas, in order to avoid confusion, especially in routers. This is an unwritten rule, but there are exceptions that do not follow this rule, and basically every manufacturer can choose what to use in their device, as it suits the antenna connection, to avoid poor connection.

In cooperation with the manufacturer SUNNYWAY, we can supply all the possibilities of connectors crimped on cables. Just specify the requirements. 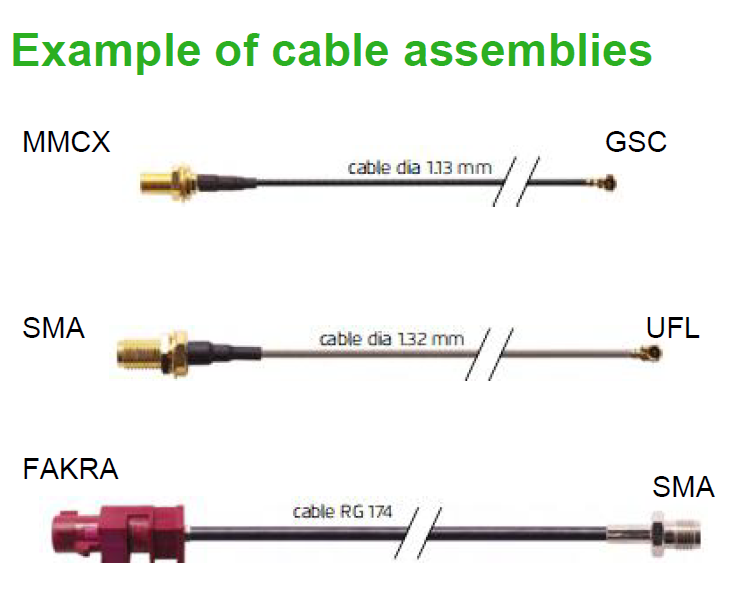 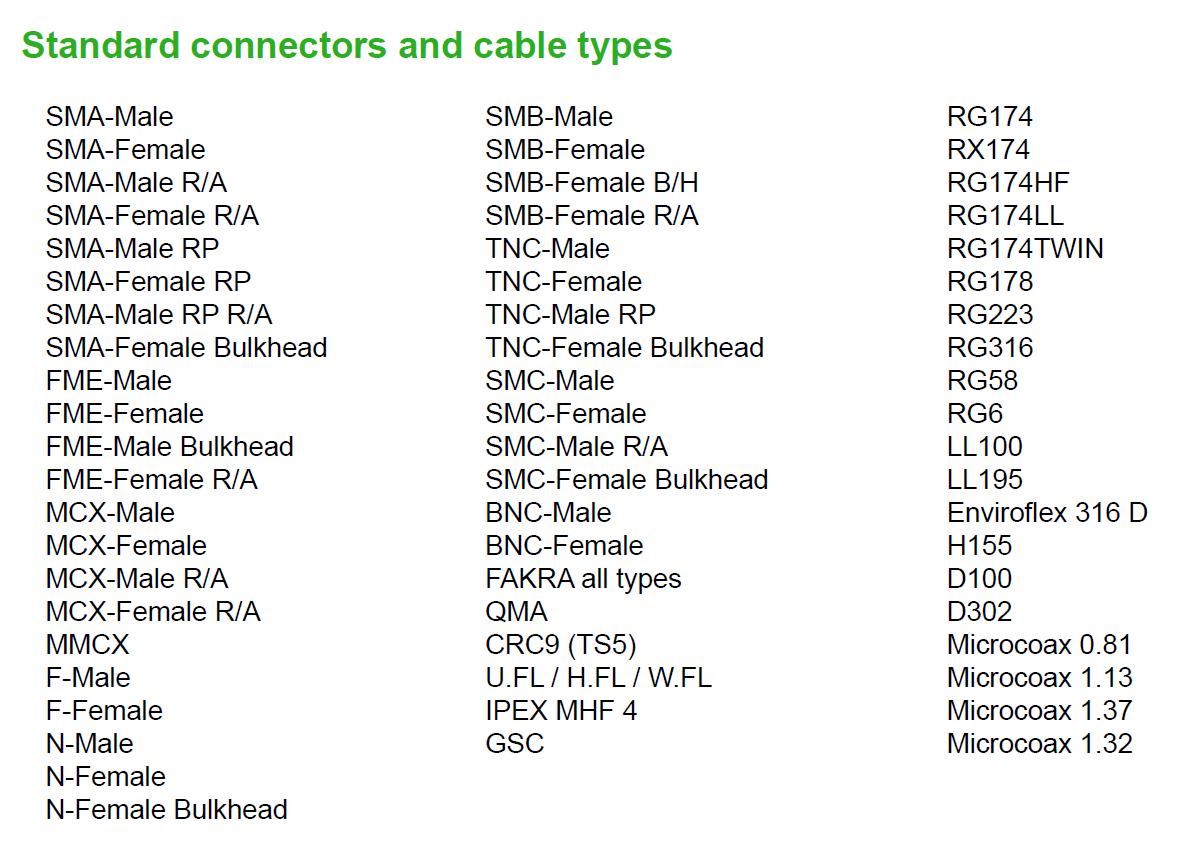 From our stock of SMA connectors, you can choose the following types for immediate delivery: