Today we return to the basics of electronics. Specifically to one of the most used components, which must not be missing in almost any device. Rectifier diodes are semiconductor components using the properties of a PN junction, which simply means that they pass current in only one direction. In the case of AC voltage, they rectify this current.

For diodes, these parameters are important to us:

URRM – The maximum voltage that the diode is able to hold before it breaks.

UF a IF – This is the maximum voltage and current in the forward direction of the diode. The diode heats up at maximum load and if the current value is exceeded, the diode will be irreversibly thermally damaged.

IFSM – Maximum non-repeatable value of the through current

In addition to the rectifier diodes, we can add information about Schottky diodes, in which the junction is formed by a semiconductor-metal pair, where the metal carriers move much faster and the junction area is thus also released faster. This means that the Schottky diode has a much higher transition switching speed than the rectifier diode and has a lower diffusion voltage and thus a lower voltage drop in the forward direction UF, but also a lower so-called breakdown voltage URRM.

Basic division of rectifier diodes and Schottky diodes according to packages: 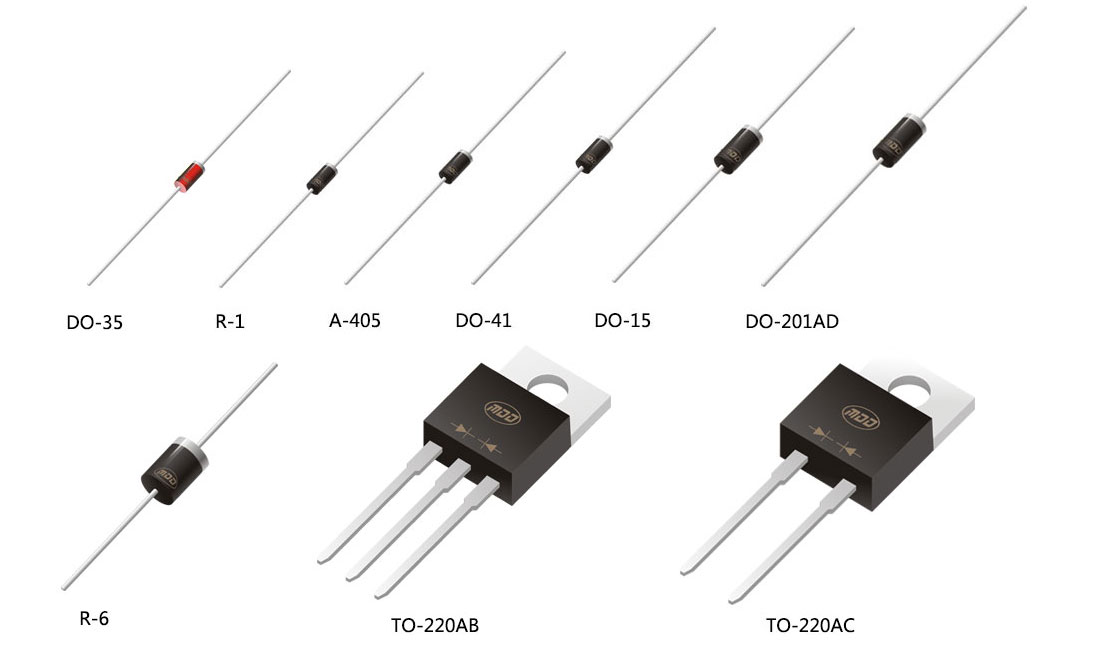